NEW ! Planning for the BIG 30th Anniversary in July/Aug 2011

Snake gang in the Rat's hole!

That was what I wanted to write and get that published on Echo magazine - both in print and on web Blueskies
The article still found:
A 'mini' 25th Anniversary Celebration that will go down in history!
:)

I started writing a draft and promptly forgot to save that draft! Well ... as the story goes, the lights went off and I lost all the work that I put into that article. I never recoved from that loss :( so here is attempt #2:

It was the night after Valentines, and the year of the Rat had barely begun. While all the rats were asleep ... a cry went out for the Snake gang of ACSS '81 to gather again at the rat-hole - NUSSU Guild House @ Suntec!

It was a time of celebration, and a time of merriment. The Snake Gang of 1965 appeared from every corner of Singapore and many from China. They ate and drank (thks to David Chan) whisky and wine, and had a lot of catching up to do. The conversation drifted from the casual "hello" to iGallop, goverment policies and also the networking together to gather synergies for the companies. Some self-started and others work for.

I only wished that time would stand still, because, there were many others that I'd like to spend a little more time to catch up over the years that passed. All too soon, some announced that they had to leave. Ironically, I recieved a call towards the end, when someone said "Are you guys still there? I just finished my event and like to come over!". We even recieved a call from Wei Siong who had to travel abroad that Friday in Feb asking how the event was getting on! Wai Kin came even tho' he had to drive his son to Malaysia for a Rugby match!

Wei Siong, who had put in so much effort to consolidate the responses that we were getting in dribs-and-drab from the many of you who turned up. There were many too who replied to Wei Siong, Gordon and I that they were unable to attend. They came from all over US to Australia - but all of them were sad that they could not be here with us that day.

The call to gather more often was greeted with much enthusiasm. So, I hope that we can find another opportune time to meet again this year. I'd like to thank those of you who came to support and make the event a success. Yet there are those who could not attend ... we have your contact with us now :)

A little confession before I sign off ... us organisers made serveral boo-boos that night, but nonetheless ... the turnout was great and the ACSian spirit prevailed to make it happen!

Cheers
Alan Fu
Posted by chatboy at 3:31 AM

Aug 26th@6.30pm 2011 is 30th Anniversary of our Class 81 so mark it in your diary and com'on down to meet old classmates and also teachers.
Regular Trap Shooting ! Register your interest to Billy 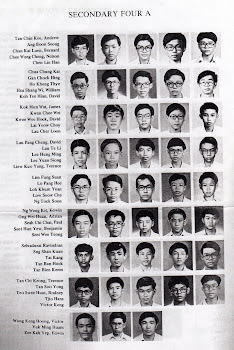